I have recently come across this stencil. I wouldn’t call it a great job, I think there are too many logos involved in the sprayed chaos.

The logos destructed by the symbol of Anarchy represent (clockwise beginning from top) the IMF, the Euro, the right-wing New Democracy party, the socialist PASOK party and the EU’s stars.

It reminded me of another stencil I have photographed some months ago. It also used the logo of the ruling PASOK party. It’s a kid peeing on the green sun. 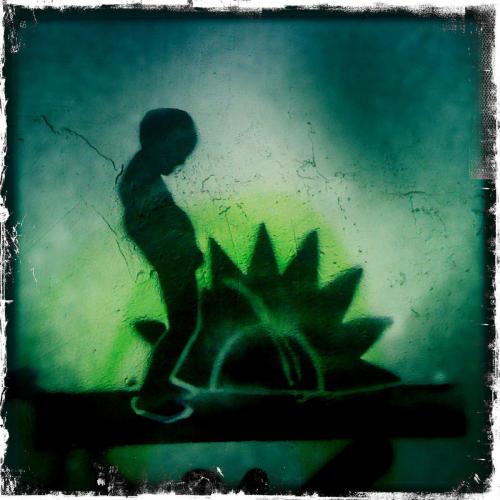 The interesting part is the history behind the kid’s gesture. Some 30 years ago, Spyros Ornerakis, now a veteran cartoonist, has drawn a kid peeing on a crown. It symbolized the rejection of monarchy in Greece right after the 1967-74 military dictatorship. 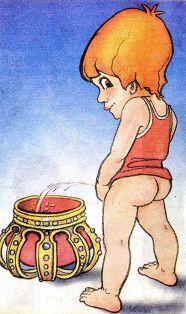 Spyros Ornerakis now runs a school for people who want to study cartoons. When I googled it I stumbled upon a video made by the children’s department. It’s titled “The fall of Mr. IMF”.

Posted in The Crisis on the Walls