The Greek elections’ aftermath in the newspapers

Here’s a quick translation of today’s newspaper front pages in the aftermath of yesterday’s Greek national elections. My general impression is that the newspapers kept a low profile, in contrast with their emotional headlines in the previous days. Despite the historic changes in the Greek political scenery, the feeling is a bit numb, I guess in fear of an uncertain future. 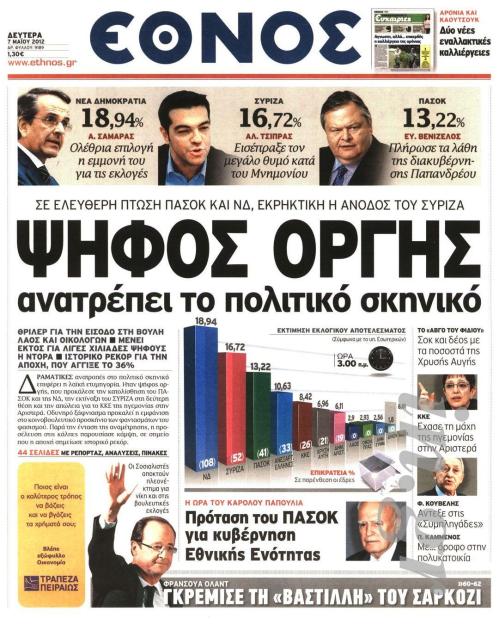 Headline: A vote of anger overturns the political scene 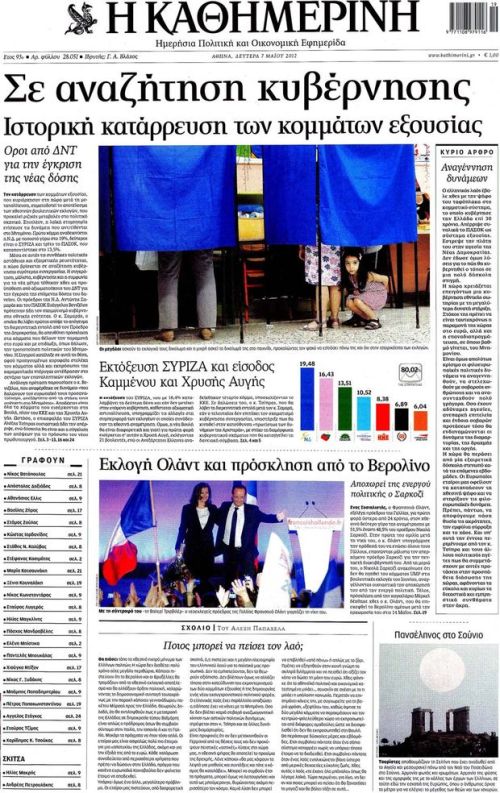 Headline: In search of a government 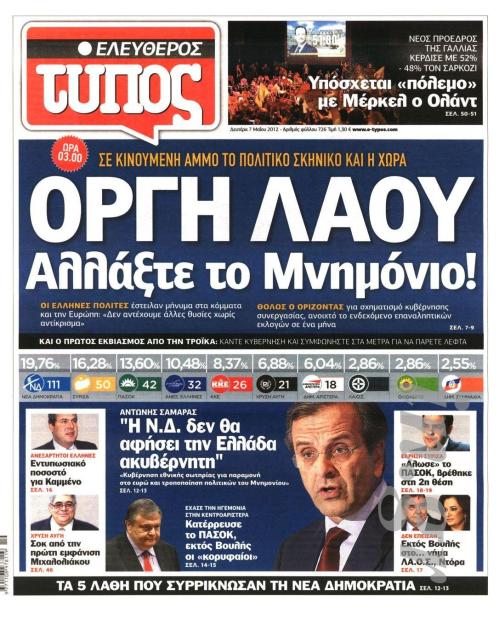 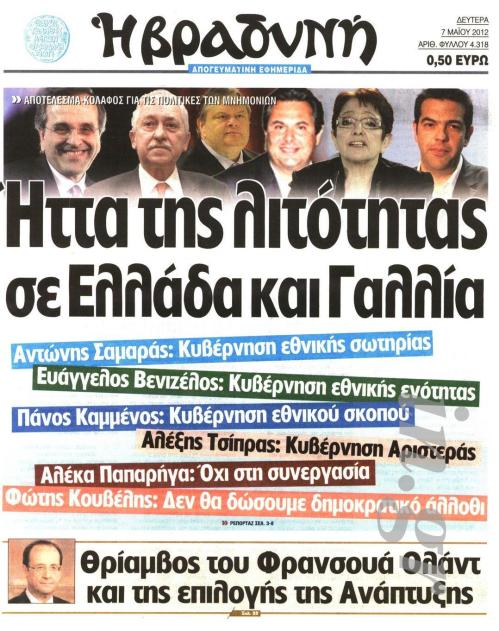 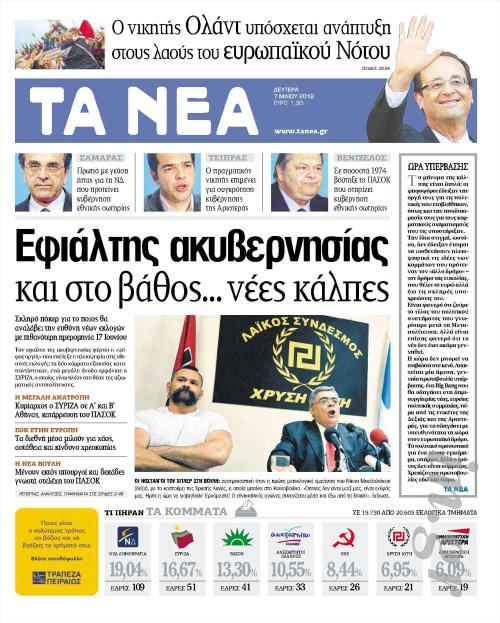 Headline: Nightmare of being ungoverned with new elections in the background 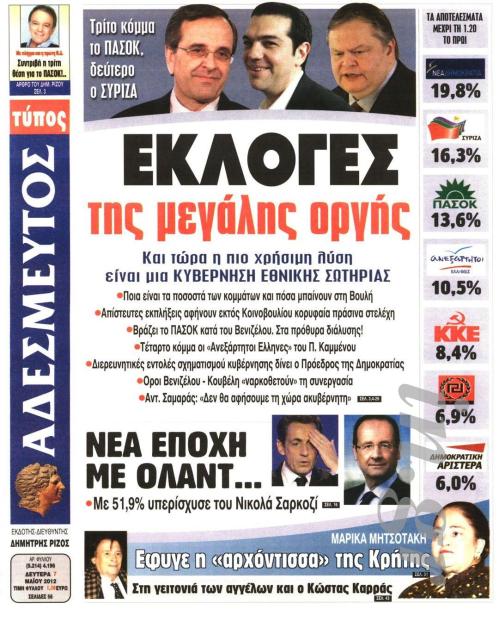 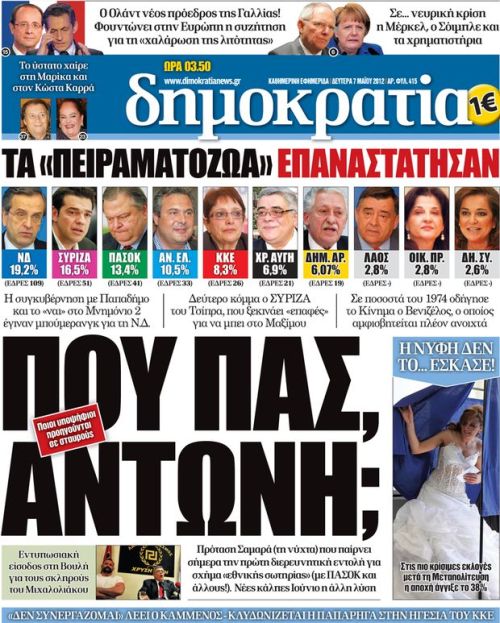 Headline: Where are you heading to, Antonis (Samaras)? 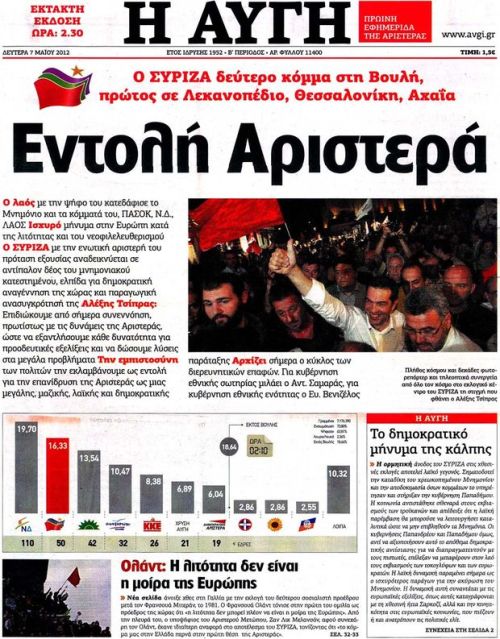 One response to “The Greek elections’ aftermath in the newspapers”